Learning from Germany’s approach to History

By nickyeo / October 1, 2012 / Social history from the coffeeshop / Leave a comment

It is hard to apologise for a mistake made, let alone one that came at the cost of over 6 million lives. Yet Germany and in particular it’s capital, Berlin, has adopted an interesting stance towards the recognition of it atrocities, in an educative and expressive manner that let’s both its citizens and tourist alike, reflect and understand just what they did wrong, and how they are trying to make the future right.

To summarise Germany’s history, in the past century it has gone through two World Wars, been part of the Cold War, withstood a stifling communist ruling and most recently experienced the divide that was the Berlin Wall.

The East-Side Gallery on part of the original Berlin Wall

Yet unlike many other bigger nation’s that remember only their own soldiers and not those they killed, the city of Berlin lines it’s street with various war memorials remembering the victims of Hitler’s unfortunate vision of the Third Reich.

The Jewish or Holocaust memorial was opened as recent as 2005 to commemorate the death of the Jews who suffered during the war, in particular that of those who died in concentration camps. It stands in the city centre, right beside the Brandenburg Gate and is an architectural insight that let’s visitors interperate what they feel about the fate of the Jewish people back then. 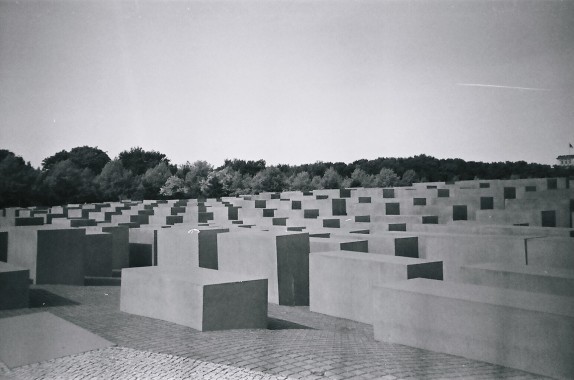 The Holocaust Memorial, 19,000 sqm of various blocks that let’s people interperate what they feel about the persecuation.

There is also the Topography of Terror, an outdoor museum located just beyond the former East side of the Berlin wall, that details Germany’s journey through the various wars and civil disorders it went through.

Yet the most haunting and commendable tour I attended during my visit there was perhaps that of visiting the Sachsenhausen Concentration campin Oranienburg (about 30km from the city). The tours itself gave an in-depth insight into how racial segregation was at its worse, and how far one man could go to do harm onto another.

The neutral zone was where prisoners would get shot upon stepping into.

The ground leaves one feeling a sense of the inhumanity that we are all capable of, but also educates you in knowing how we can make small efforts to make sure the world does not repeat the same mistake again.

As much as I enjoyed Berlin, I think I was happier that I came away with a greater admiration of history and how understanding it is key to paving the way for better future for myself and everyone around me. It also strengthened my resolve to understand more about our nation’s history, events like the Sook Ching Massacre and how perhaps we can learn to appreciate history from a different manner in order to improve the social, cultural and perhaps even economic functions of our society.