By nickyeo / June 20, 2013 / Our Physical Heritage, Social history from the coffeeshop / One comment

The communal Chinese chess table is a regular fixture in the void decks of many HDB estates. Over the years it has helped serve as a gathering place for members of the older generation, be it to battle at the strategic game that is ‘xiang qi  (象棋) ‘, or simply adopt the ‘eye power’ observational stance that is often accompanied by the secondary favourite past time of betting.

Although I have only played Chinese chess on the pocket sized foldout paper, I do understand the intensity and thought process that goes behind the game. Yet while I often attempt to win the game with my favourite ‘ double cannon check’ or ‘双炮 将 ‘ move that never materializes except against a 6-year old, I also wonder why such a portable and well-loved game actually required being built into a table.

Interestingly there’s perhaps no simpler reason then to act as an encouragement for communal gathering as residents moved from the kampungs to HDB flats. Chinese chess designs also perhaps became the choice in-carved game not only because of the larger number of Chinese individuals in most estates, but also because of the unwavering popularity of the game. 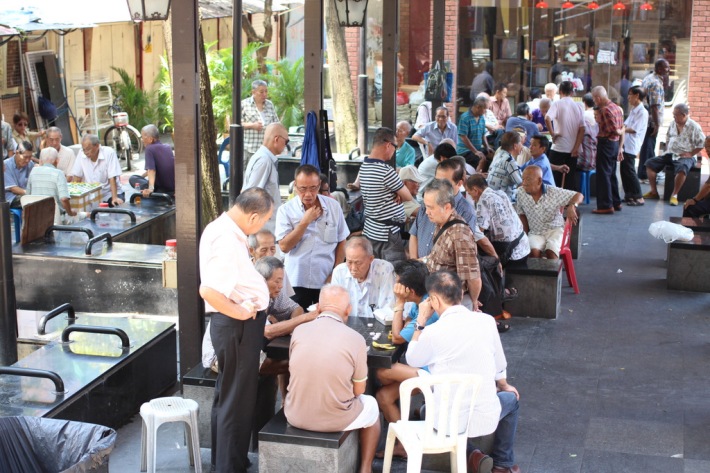 Design wise, the tables themselves promote a communal identity with either four to six stools, or a semi-circle surrounding the in-built chessboard. More often then not, the tables are made of either a granite mixture or the more ornate mosaic tiles coloured either in brown or a jade-like blue. 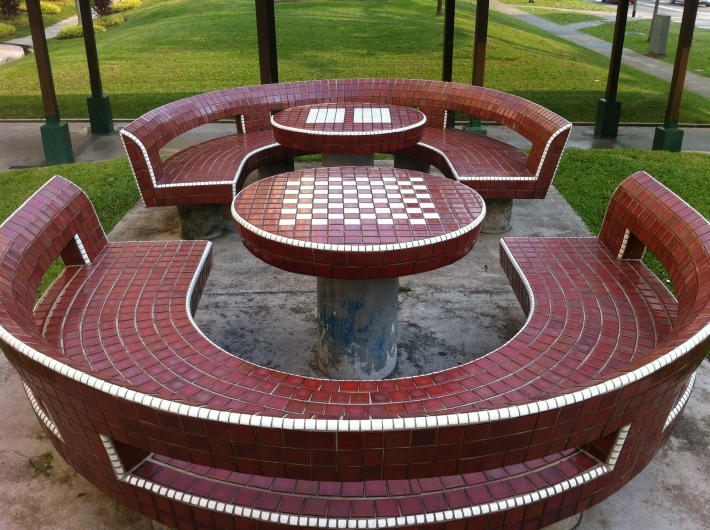 Communal Chinese chess tables are slowly disappearing or simply not being built in newer estates, and while the game can simply be continually played with a paper sized foldout, there is undoubtedly a lack of intensity and spirit if you fail to have 10 friends or strangers wondering which move your opponent will make.