By nickyeo / October 3, 2013 / Memories of Singapore, Our Physical Heritage / 3 comments

Located in between the dense vegetation of Punggol Seventeenth Avenue and the picturesque Punggol Promenade is Teck Lee LRT station, one of the 7 unused stations along the 10.3km Punggol LRT line constructed back in 2005.

While the amount of dirt and grime really makes one wonder why this station was built in the first place, it also is a welcome sight to see how nature fights back against failed urban development.

Architecturally the station is a myriad of contours and lines drapped against the open sky, with the constantly developing Punggol 21 projects somewhere in the background while a dense forested vegetation anchors the station on either side. 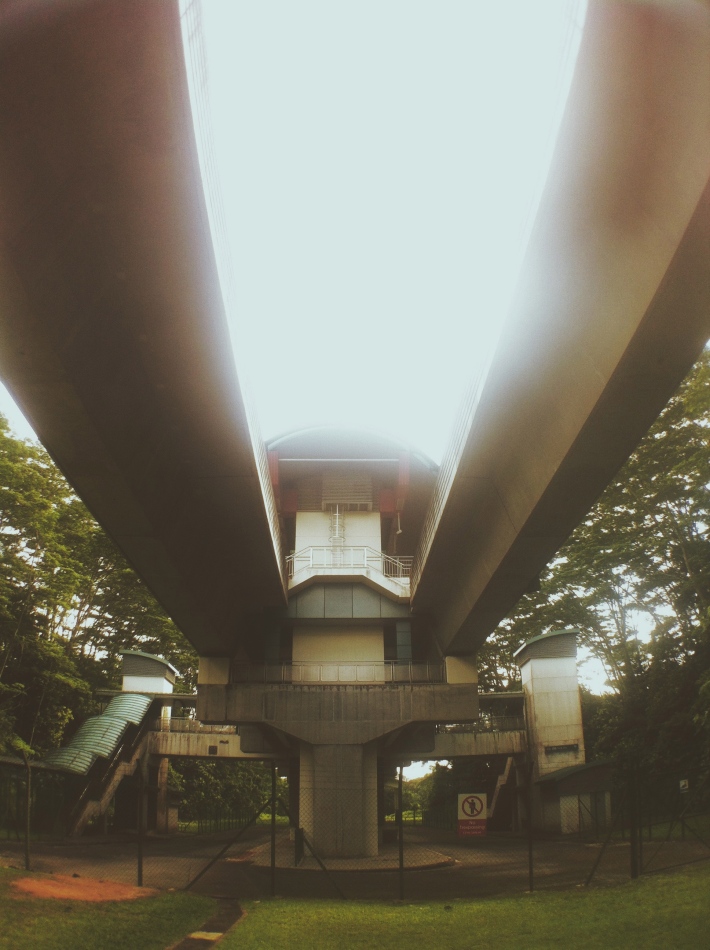 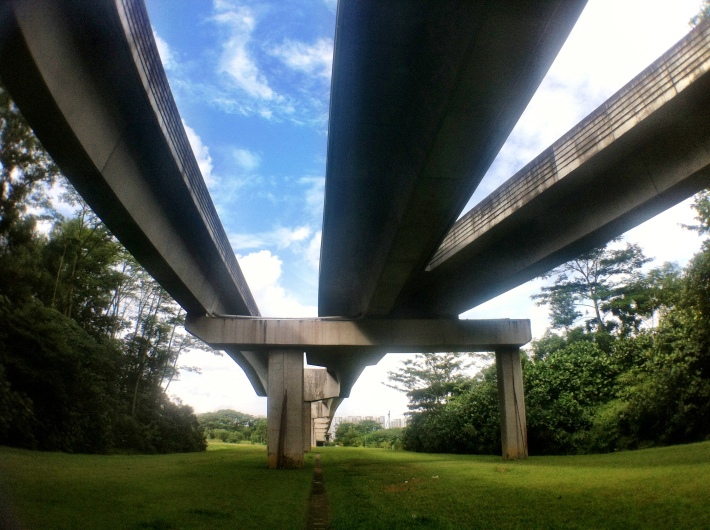 Although the area around the station is slated for residential development in continuation of the Punggol 21 project, I feel an awkward sense of happiness in seeing urban expansion  failing for once in our constantly developing society. It provides a chance for nature to stake its claim and proves that constant construction is not always needed to sustain a nation. 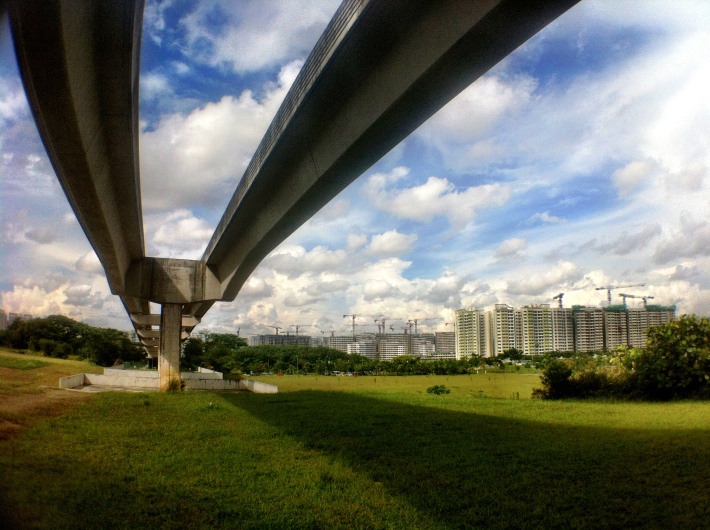 Even a snake had time to shed its skin here