Church of the Blessed Sacrament

With its distinguishable blue tent-shaped roof, the architectural intrigue of the Church of the Blessed Sacrament exemplifies the dedication and communal history of this near 50-year old cornerstone of Queenstown Community. 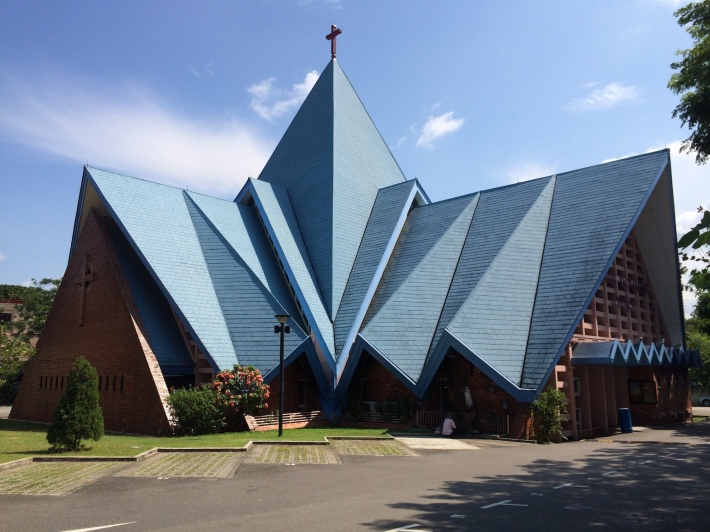 The distinguishable blue slate roof of the church was constructed in folds in the shape of a tent to symbolise the “tent of meeting” from the Bible’s Old Testament. Some call this the ‘origami church’

The beginnings of the church go back to 1954, when the Archbishop of the Malacca Diocese Michael Olcomendy, took heed of the Government’s plan to buildup Queenstown into Singapore’s first Satellite Town. With it came the need to build various accessible amenities, including a church, to serve the soon-to-be residents of the area.

With the help of Father William van Soest and Father Odo Tiggeloven, two priests who arrived in 1958 from the Congregation of the Sacred Hearts of Jesus and Mary from the Netherlands, Olcomendy finally got to work on the Church of the Blessed Sacrament, named after the devotional term given to the Body and Blood of Christ that Catholics and certain Christian Denominations receive upon their first communion.

Designed by Y.G. Dowsett, the church cost $200,000 to build and was initially short of funds due to the low number of Catholics living in the area. Despite numerous fundraising events, which included a variety show at the National Theatre, this resulted in the church having to be built in various stages before its eventual opening to the public in 1965.

Completed in 1965, the Church of the Blessed Sacrament was designed by Y.G. Dowsett. Here one can see the visible cruciform design adopted by him. 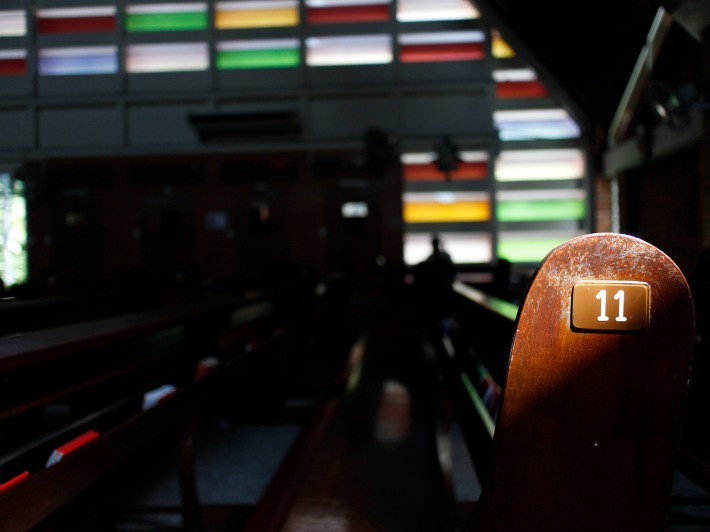 A parishoner prays in the background

From the outside, the church is easily identifiable by its intriguing blue slate roof, constructed in folds in the shape of a tent to symbolise the “tent of meeting” from the Bible’s Old Testament. These folds allow the roof to almost touch the ground, resembling anchor pegs, resulting in some people giving it the nickname of the ‘origami church’.

A walk inside any one of the three entrances to the church reveals uniformed concrete grids with multi-coloured strips of glass panels inserted within. From the altar, it’s also visible that the church was designed in a cruciform (shape of a cross), adding to the already beautiful symmetry of the church.

Yet perhaps one of the most ingenious and altogether practical design lies within the roof of the church, where slits of glass panels are located at the junction where the four portions of the cruciform shape meet, bringing light into the church as if opened by the heavens themselves. 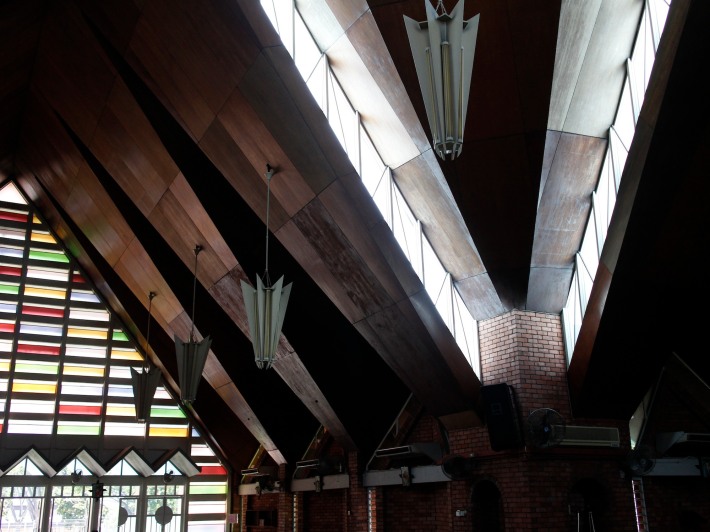 Perhaps the most intriguing design of the church lies in the glass slit panels found at the junction of the cruciform of the church.

At its peak, the Church of the Blessed Sacrament served over 7,000 parishioners, and its importance to the community has seen it being awarded conservation status back in 2005. In keeping up with its service to the community, the church now also holds weekly Tamil and even Tagalog services to help provide many foreigners with a comforting place away from home.

Inside the church, brick walls align symmetrically to the cruciform design of the main hall. 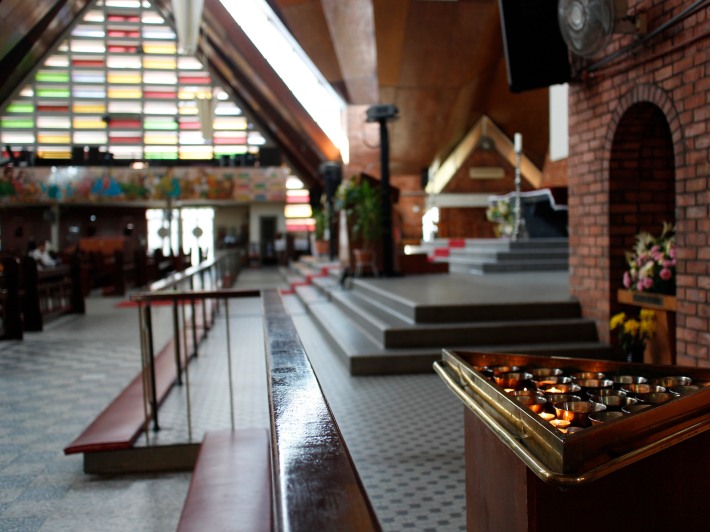 The Old and New orders of the mass