By nickyeo / July 22, 2014 / Memories of Singapore, Our Physical Heritage / Leave a comment

Once touted as ‘ The finest airport in the British Empire ‘, the Old Kallang Airport, with its streamline modernist design, now sits quietly across the brand new National Stadium, waiting for its conversion into a new lifestyle hub that aims to bring life back to the Kallang.

Designed by Frank Dorrington Ward, the building, which was officially opened on 12 June 1937, was designed with idea of a contemporary airplane in mind. Like the Art Deco movement that saw the radical implication of form, the airport sees the use of horizontal lines, transparent glazed walls, streamlined curves and the easily identifiable elevated glass control tower centrally placed like that of a cockpit.

The Old Kallang Airport Terminal was designed by Frank Dorrington Ward with the idea of a modern airplane in mind.

Alongside the terminal are the East and West block hangars that once housed the various aircrafts, including perhaps even seaplanes that landed on what was once a grass runway. Built with reinforced concrete, the heaviness of the hangars provides a stark contrast but also architectural balance to the lightness of the terminal.

Historically, the Old Kallang Airport also served as the only functional airfield for the British Military to launch aircrafts when the Japanese invaded from the north. Upon being taken over by the Japanese, the runway was converted to the concrete base we now see today and eventually had to close down in 1955 due to its inability to handle high traffic volumes. The Paya Lebar International Airport replaced it in August of that same year. 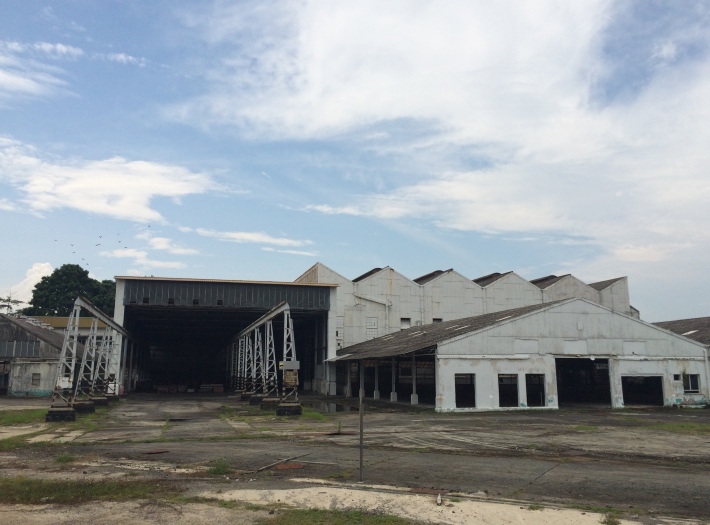 The former quarters of the airport personnel

From the early 1960s to 2009, the building served as the headquarters of the People’s Association. More recently it has also been used creatively for events like the Singapore Biennale 2011 and even fashion shows by Calvin Klein & Hermes (Apr 2014).

Oh and just in case you’re wondering, the famous Old Airport Road and the wonderful hawker centre that sits along it, was indeed named after the boundary of the Old Kallang Airport.