A walk along Mosque Street

By nickyeo / August 24, 2014 / Memories of Singapore, Our Physical Heritage / One comment

For most of us, the Chinatown we know today is often perceived as either a congested tourist trap or an enclave where members of our pioneer generation gather to stay in touch with familiar foods and faces.

Yet take a step aside along the comparatively quiet row of shophouses along Mosque Street, and you’ll discover an interesting mix of old and new business operating side by side. 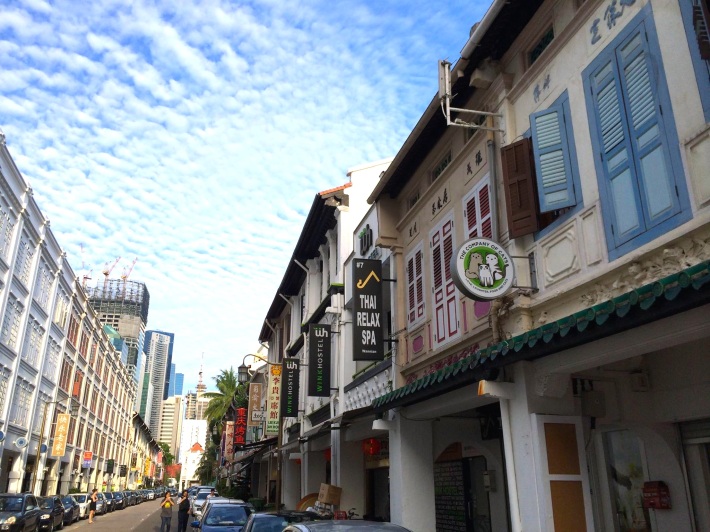 Mosque Street is home to some of the oldest shophouses in Singapore as Chinatown was the place that many early immigrants settled. The ones on the right for example were probably the first transitional forms of shophouses built back in the late 1800’s!

Mosque Street is named after the Masjid Jamae or Chulia Mosque located at the start of the street along South Bridge Road. Constructed between 1830-1835, it is one of three mosques in Singapore built by the early Chulia Indian immigrants, many of whom settled along Mosque Street in the early years of Singapore. 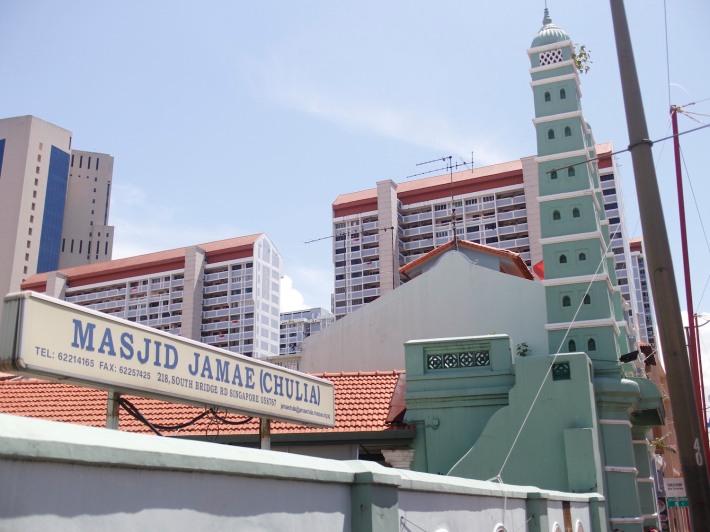 Aside from residential shophouses, numerous Hakka and Cantonese merchants started a range of businesses along Mosque Street. One of the longstanding ones left is Pek Sin Choon, the oldest tea merchant in Singapore.

Established in 1925, the company only shifted to its current premises 16 years ago and is now operated by third-generation owner Kenry Peh, who on top of selling tea to 80% of the bak ku teh stalls in Singapore, also conducts special traditional tea sessions if customers are interested.

Pek Sin Choon is very much a traditional family business, here one of the family members is packing oolong tea leaves in the traditional pink packaging common in many medical halls as well. 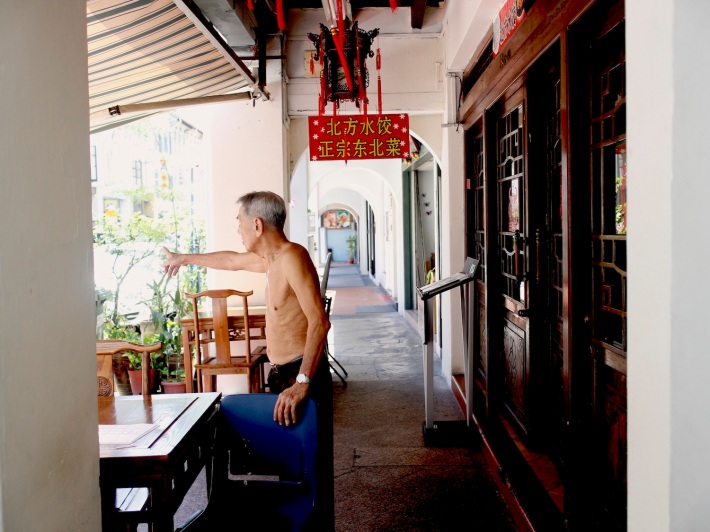 Mosque Street is also home to numerous hostels and hotels, many of which appeal to both backpackers and hotel guests alike as they are housed in some of the oldest and most beautiful shophouses in Singapore. The boutique Porcelain Hotel for example, is located in a four-storey traditional shophouse, a rather rare architectural feat in the context of Singapore’s shophouse history.

Come nighttime, Mosque Street comes alive with many food haunts that draw in sizeable crowds looking to feast on Korean (Togi), Local Seafood with a twist (Crab Shack), Szechuan (Chong Qing Grilled fish) or famous traditional Teochew cuisine (Lee Kui Ah Hoi Restaurant).  There is even a swanky bar called 22 (aptly named after the shop’s unit number) that attracts many a night reveler with its mix of cocktails and Thai bar food.

The four-storey Porcelain hotel on the right towers over the other shophouses, such size of shophouses are a relatively rare sight in Singapore!

Down the road, Mommakong’s Crab Shack attracts a particularly different crowd to feast on traditional crab flavours like Chili or Black Pepper crab but in a modern setting

One notable and unique place to pay a visit to is The Company of Cats, Chinatown’s first cat café that is currently home to eight adorable cats, all of whom were rescued from shelters or with the help of fosterers. Tay Shuyun, the resident Chief Cat Lady, mentions that she sees the cat café as not only a place where friends can gather to relax amongst cats, but also one where customers can come to understand cat behavior and more importantly the value of adopting over buying.

The Company of Cats charges an hourly rate of $14 (includes a complimentary drink) and part of their profits goes towards the Animal Lovers League. Aside from checking out their adorable cats, do try their Catpuccino and Bak Kwa Toastie while you are there! You can find out more about this wonderful place on their Facebook Page or website. 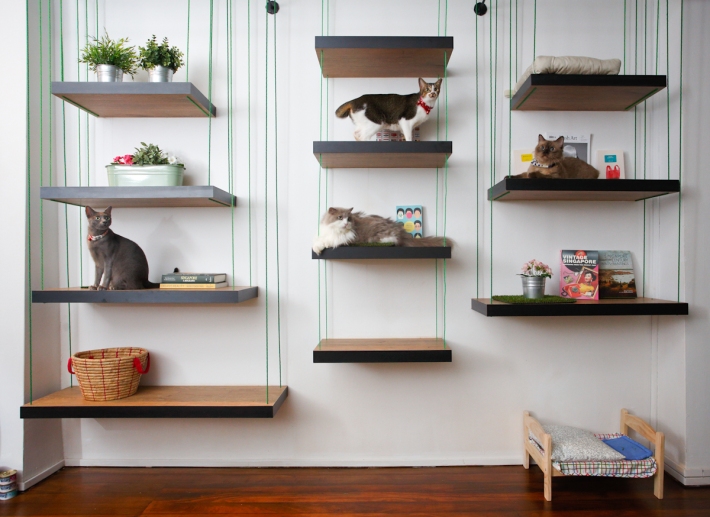 The Company of Cats is a beautifully designed place that aims to provide both cats and customers a relaxing place to be in.  Photo courtesy of Desmond Lui, desmondlui.com 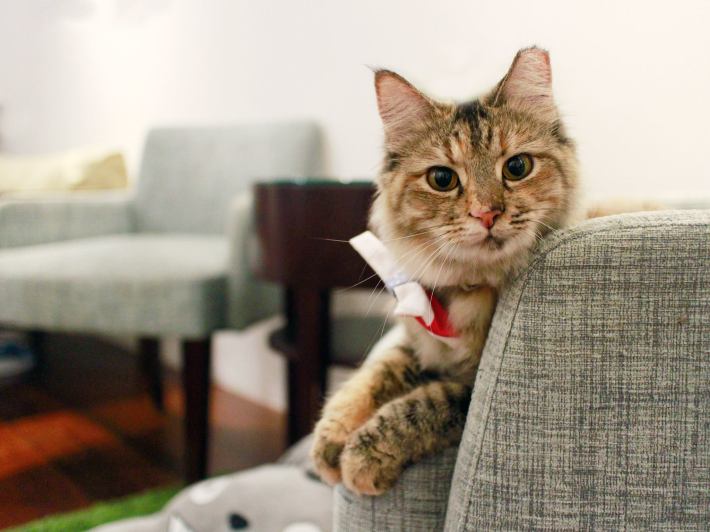