Nestled along Silat Avenue sits the five remaining four-storey blocks of the former Kampong Silat Estate. Vacated since 2012 as part of the SERS project, its inconspicuous appearance hides an interesting architectural and social history.

Built between 1948 -1952 by the Singapore Improvement Trust (the predecessor to today’s HDB), the Kampong Silat estate is the second oldest public housing estate after the more illustrious area that is Tiong Bahru (1936-1954).

View of the Kampong Silat Estate from Kampong Bahru Road 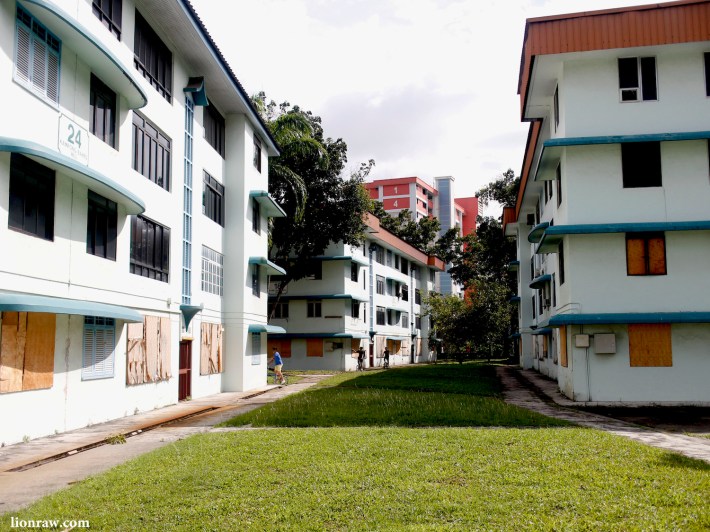 The name Kampong Silat essentially refers to a village (kampong) by the sea (silat or selat is a malay translation for straits) as the prior to land reclamation, you could look out at the sea from the road. The name Kampong came about as the estate was built to house many families who moved from the traditional villages (kampongs) of the same name.

Consisting originally of 15 flats, these simple yet elegant buildings were well considered in their proportions and visual balance given the undulating terrain. Many elements of the style reflect an Art-Deco movement, a trademark of Singapore Improvement Trust’s chief architect, S.C. Woolmer.

A vacated flat on the estate

Up top, continuous curved concrete shades minimized sunlight while allowing for windows to be opened even when it rained. Spacious balconies were also allocated next to the kitchen to facilitate cooking while the careful placement of windows helped to create a sense visual pleasance.

As of 6 June 2014, the five remaining flats of blocks 18-23 have been gazetted under the URA Masterplan.

The living room windows of the apartments 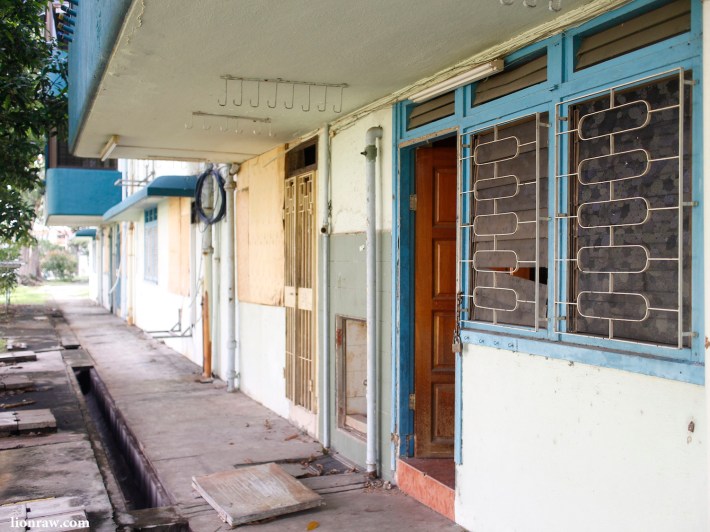 The backdoors of each apartment led to the Kitchen area