To most people, the idea of a terrace house is often one associated with the idea of an upper-middle class neighbourhood, where an abundance of space allows for lush gardens, personal driveways and non-conformist architecture to be appreciated.

Yet at the junction of Upper Boon Keng Road and Geylang Lorong 3 lies a cluster of 190 two-storey terrace houses that has come to be known as one of the last few kampongs left in Singapore, not so much for its physical apperance, but rather the relax atmosphere and communal spirit it exudes.

From the left, a long-time resident enters the kitchen, a monk prays at an altar, while a group of foreign workers whip their own dinner up.

When one thinks of kampongs, the image of attap houses, farming facilities and kids running freely in open spaces often comes to mind, something the area used to be prior to a major fire on 16 July 1953 that burned down over 244 wooden attap houses and displaced some 595 families and 2,385 people along with it.

As part of the Government’s efforts to prevent such incidents from occurring, it acquired the fire-struck site to be used for public housing, the first time it had ever done so. Launched in October 1953, this project was a key pilot scheme that helped launch future plans to rehome kampong dwellers to the conveniently safer high-rise housing we have today.

The narrow backyard alleys provide a unique perspective into the lives the people living there. 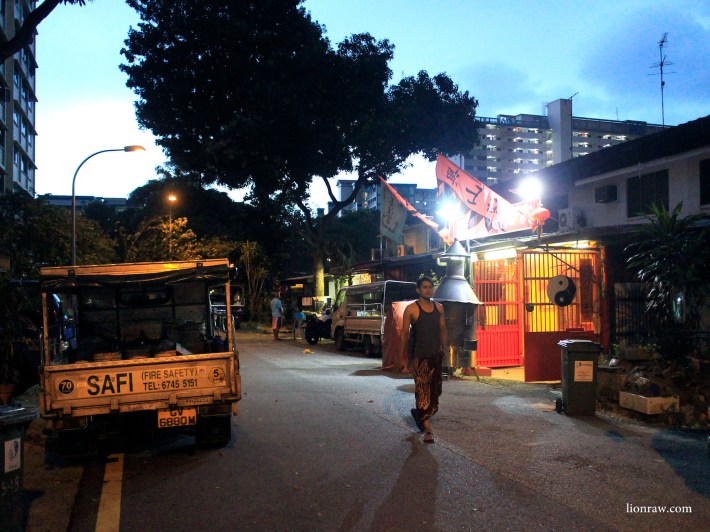 A resident takes a relaxing stroll pass the many terrace houses around the area.

A good number of residents have called the area home since it was built in 1960, with many appreciating the greenery, rivers (canals) and overall tight-knit community that has been kept very much intact over the decades.

Aside from residences, the kampong is also home to a good number Hindu, Taoist and Buddhist temples, each catering to their own unique set of devotees, many of whom use the area as a gathering spot for social occasions.

Another group of individuals that call this kampong home are a good number of foreign workers, most of whom are of South Asian descent. Some, like Moorthy, who hails from Tamil Nadu and works in the construction sector, has been here for a good 15 years.

“I like the weather here, it reminds me of home. The pay is good and the people are nice, that is why I like it here”, remarks Moorthy, who now plays big brother to Rajan, a fellow countrymen who has only been here for just over a month.

Unlike most foreign workers squeezed into dormitories, some of which are far from sanitary, the ones living here get the benefit of their own personal kitchen, living spaces and even backyards so close that you can could literally hand over a plate of food from one house to another.

Moorthy and Rajan, both of whom hail from Tamil Nadu have been in Singapore for 15 years and just over a month respectively.

On Saturdays, the mood in the houses are a lot more relax as many of the foreign workers get half a day off.

Like all good things that come to an end, the site of this terrace house kampong has only five years left on its lease, and though no particular plans have been issued by the Government as of yet, its prime location and size would probably see it succumb to a more ‘efficient’ urban setup.

A peek into the lives of the residents. 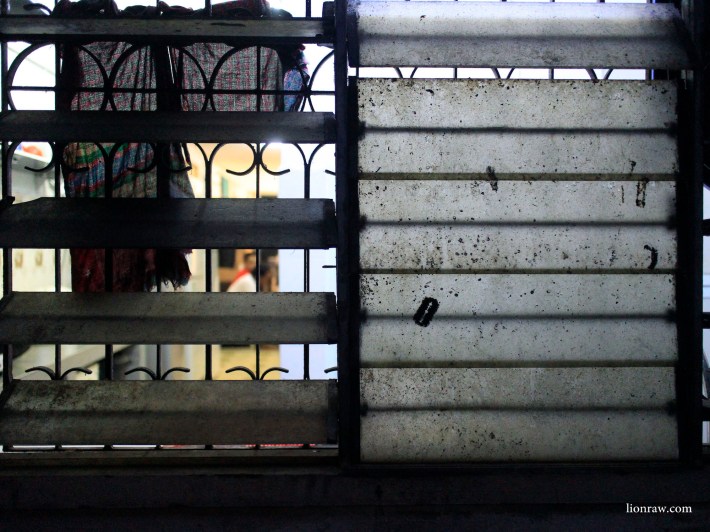 Workers kick back and relax in their homes on a Saturday.