From forested army bunkers to butterfly blocks, the recently launched Dawson and Alexandra Heritage Trail presents a different side of the historic Queenstown neighbourhood, brought to life through stories by passionate guides and long-time residents.

Starting off at the commercial landmark that is Queenstown MRT, the trail takes you to Forfar House, the first and also once the tallest 14-storey HDB flat in Singapore, before a short walk brings you to the Princess House, a beautifully conserved 7-storey red-bricked building that served as the first dedicated headquarters of the Housing Development Board (HDB). 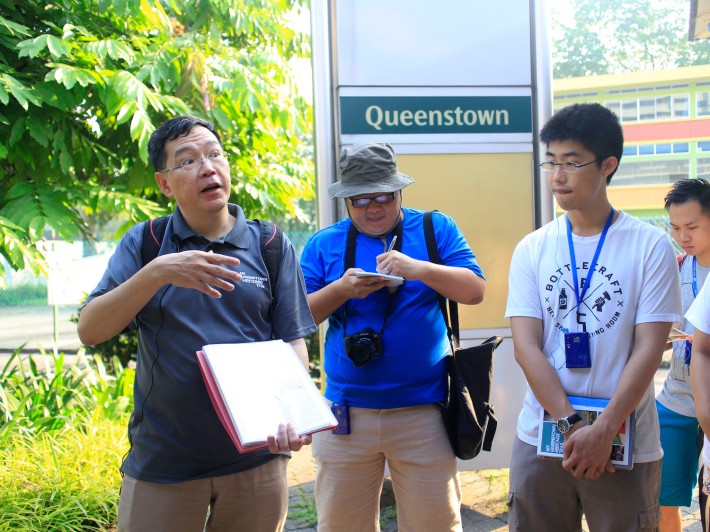 Our guide for the day, Mr Huang Eu Chai, gives a quick brief on the area that he’ll be covering.

Aside from serving as the HDB’s first headquarters, The Princess House, which is designed in the Modernist Architectural style, was also the site where the National Environmental Agency issued Hawker licenses to street vendors come 1972.

A few paces down lies the junction of the two main roads of the trail, Alexandra and Dawson Road, which also happens to be the site of the infamous Hock Lee Bus Riots in May 1955.

While most of these stories may be familiar to some, perhaps the most interesting part of the tour lies just ahead along Kay Siang Road, where tour participants can venture into the forested jungle to view a recently unearthed series of storage bunkers.

Participants take a scenic walk along Dawson and Margaret Drive, once the heartbeat of the old Princess Margaret Estate. 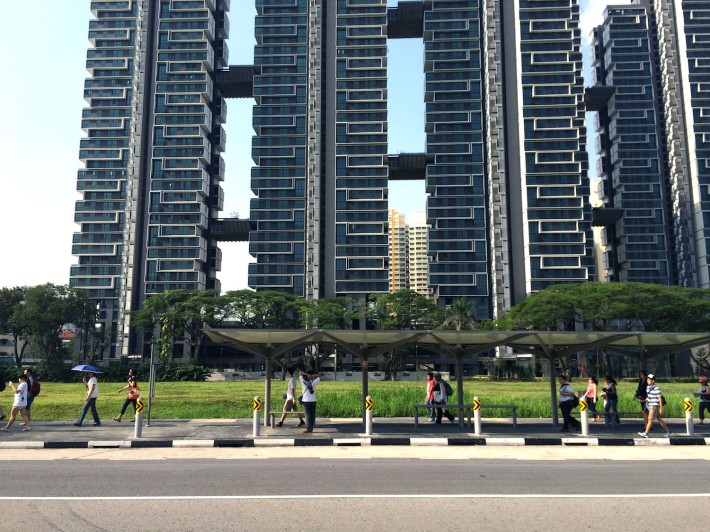 Getting to the secret bunkers takes you on a long stretch along the relatively underused Kay Siang Road.

A participant just stepping out of what was formerly an ammunition bunker, the second in the series of three bunkers located within the walk.

Most of the bunkers have nothing but its skeletal shape remaining, with most of the windows and side walls completely gone.

Next up is the Tiong Ghee temple, whose humble history dates back to 1931 as an altar in a villager’s hut up till its present site atop Stirling Road that reopened in 1973. It is here that Mr Ang Beng Teck, 85, a volunteer at the temple, shares his many stories that centred around his life in the former kampong area known as Boh Beh Kang.

It is also within the vicinity of the temple that stands a couple of milestones in the HDB’s history. The first being that of the first point-block flats (160 & 161 Mei Ling Street) followed by the first curved block (168A Queensway), better known to many as the butterfly block.

Mr Ang Beng Teck (right), 85, was also an active grassroots volunteer in the early days and even remembers being on-site when former Prime Minister Lee Kuan Yew opened a school in the area.

The beautiful butterfly block 168A as seen from Stirling Road

If you have time to spare, take a quick walk to explore the sights of the area.

Here, long-time resident Mr Paul Fernandez, 74, who has been living at the block for the past 40 years, recalls former parts of his old neighbourhood, like the old Rumah Bomba roundabout, where rows of street hawkers would sell Singapore favourites like Mee Rebus and Char Kway Teow late into the night. 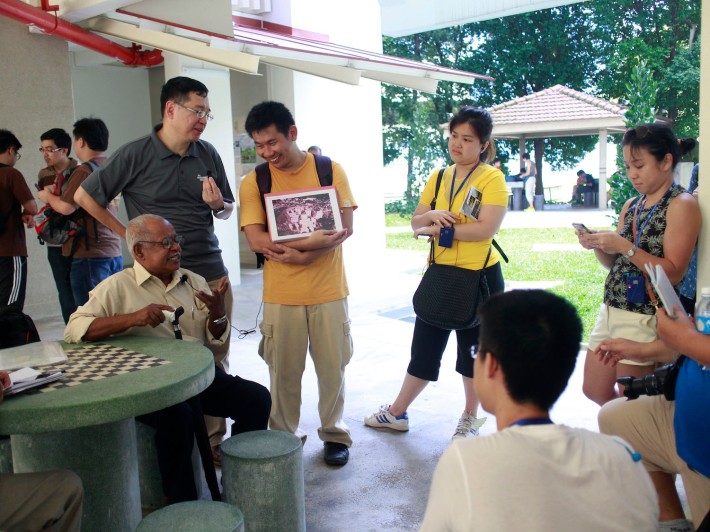 Mr Paul Fernandez sharing his stories to the interest and amusement of the tour participants.

The last leg of the tour takes you pass the iconic octagonal institution that is the Queensway Shopping Centre, and on to the Alexandra Hospital, the final stop of the tour. Formerly known as the British Military Hospital, it was the most well equipped hospital and served as the principal hospital for Britain’s Far East Command during World War II.

The old colonial architecture of the Alexandra Hospital lends a contemporary calm to patients and visitors to this historical building.

Overall the tour does have something to interest everyone, from personal stories centred around the early days of Singapore, to exploration of uncovered spaces and an appreciation for urban planing and architecture.

The Dawson and Alexandra Heritage Trail runs on the last Saturday of every month. Interested participants can sign up www.myqueenstown.event brite.sg, myqueenstown@gmail.com or call Queenstown Community Centre at 64741681.