Tucked away in-between Holland Road and Commonwealth Avenue sits a network of roads, namely Ridout, Swettenham and Peirce Road that are home to an array of private homes sitting quietly in near untouched tropical surroundings.

A small pedestrian path takes you into Ridout Road, flanked by untouched spaces of nature

These roads, all of which were named after some of the foremost colonial personalities in Singapore, Ridout (Major-General Sir Dudley Howard Ridout), Swettenham (Sir Frank Swettenham) and Peirce (Robert Peirce) are also home to 27 conserved Bungalows, most of which are styled in the Art Deco or Black and White Bungalow movement.

Know as the Holland Park/Ridout Road conservation area, the estate was developed around the 1920s to accommodate the increased military presence in Singapore; particularly those assigned to the nearby Tanglin Barracks just a stone’s throw away.

One of the 27 conserved Bungalows that sit in the Holland Park/Ridout Road conservation area. Most of these were constructed back in the 1920s. 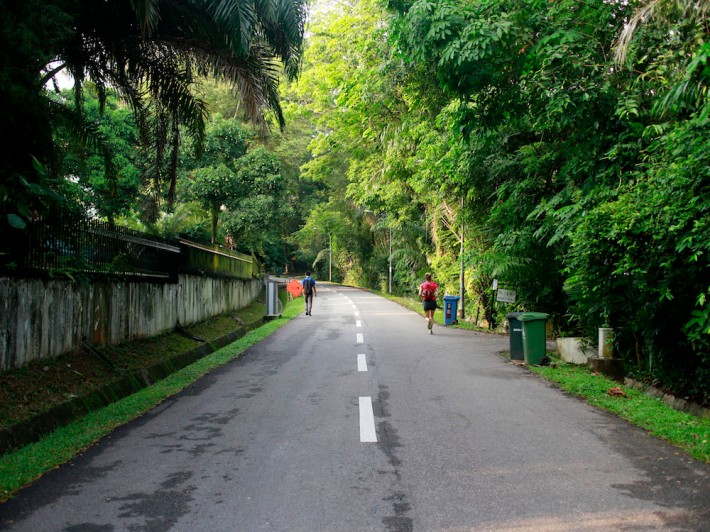 Dog walkers, joggers and even motorist cruise along casually 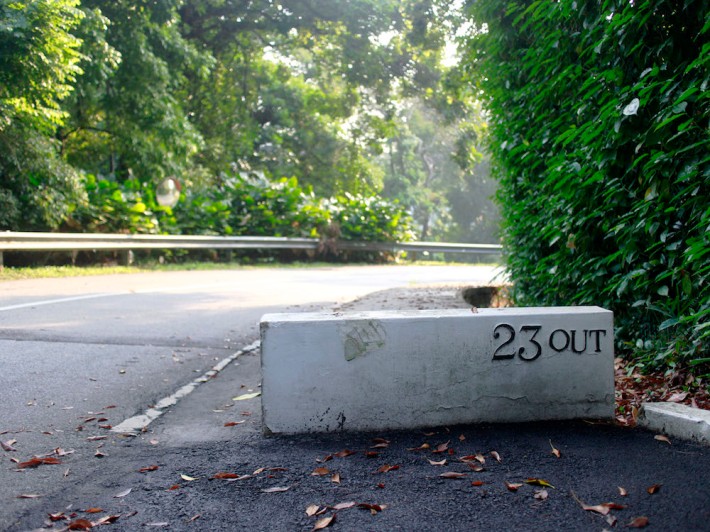 Unofficial abbreviations of the area

Nestled in the tropics, a good number of these houses were built by notable architects such as Fran W.Brewwer and Swam & Maclaren, the lead architectural practice in Singapore during that time.

Though most of the amazing bungalows are tucked away up a hill or obstructed by vegetation, the route provides a serene walk for those looking for a little escape from the city. 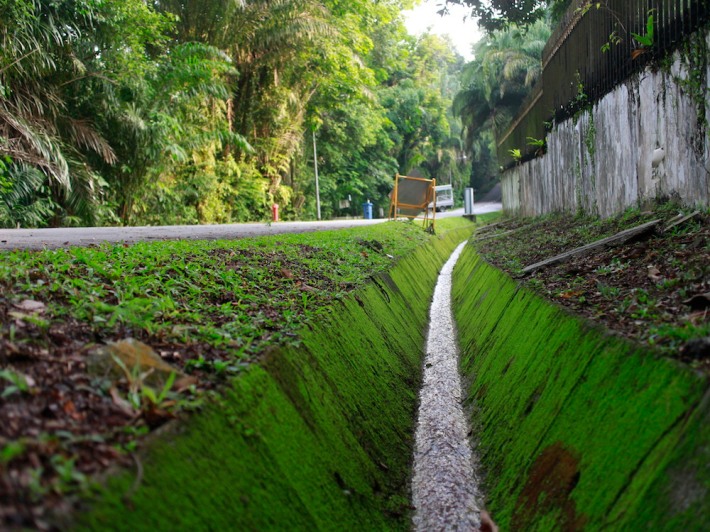 A sense of the relative rawness of the area

While most of the houses are towering 3 storey ones full of grandeur, there are a few that prefer to keep things simple. 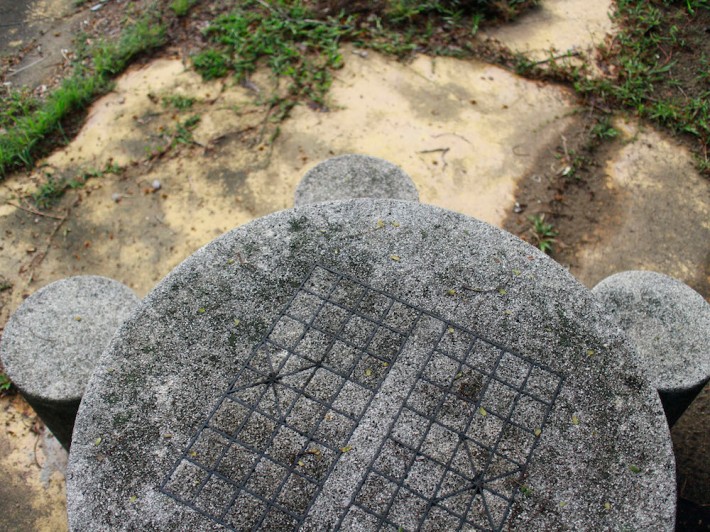 The checker board has seen better days