By nickyeo / March 6, 2016 / Memories of Singapore, Our Physical Heritage / Leave a comment

While Tiong Bahru’s future is fought today as a war of words between businesses of the old against the new, the iconic estate’s involvement in World War II is literally hidden from the man on the street.

Tucked away beneath Block 78 Guan Chuan Street is the only existing civilian pre-war air-raid shelter in Singapore. While Tiong Bahru wasn’t a primary target for bombings during the Japanese Occupation, its proximity to key installations nearby meant the inevitable stray bombs would find their way into the vicinity. 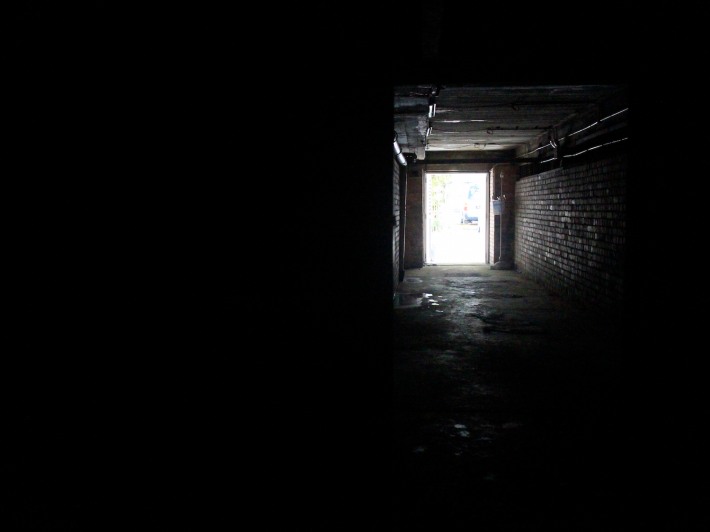 Dark and desolate, the conditions in the air raid shelter weren’t exactly ideal for long term living. which led to many individuals not making the most of it despite the constant bombings during the Japanese Occupation.

Notable historian Kelvin Ang, himself a resident of Tiong Bahru, leads a group of volunteers who conduct numerous programmes that share about the rich heritage of the area with fellow Singaporeans.

For many of these pre-war flats, the stairwells themselves served as a temporary air-raid shelter, usually bolstered by sandbags that helped deflect shrapnel in particular.

Capable of housing 1,600 people during times of war, the shelter was equipped with multiple dormitory-sized partitions, some of which were reserved for family members of the volunteer corps that bravely gave their lives to aid in the war. Several storage facilities for both ration and medical supplies, along with toilet cubicles, were also built using bricks supplied from the old Alexandra Brickworks Company.

It’s hard to believe that the place could accomodate 1,600 people when having just over 30 alone made the area seem claustrophobic.

The writings here indicate that certain segments of the air-raid shelter were reserved for volunteer forces, many of whom gave their lives to fight against the Japanese Invasion.

Old powerboxes and redbricks for the Brickworks factory nearby.

In times of war, fear, panic and the need for safety meant that not everyone could have the benefit of making it to the shelter, instead, some residents would seek shelter in the stairwells of the pre-war flats around the estate, reinforcing them with sandbags to prevent as little damage as possible.

The tour was organised in commemoration of the 74th anniversary of the Fall of Singapore and provides a wider glimpse to Tiong Bahru’s significant involvement in the lead up to the war that’s often overlooked, particular in the context of its modernization over the years.

If you’re keen to go on a tour of Tiong Bahru, just find out more information from their volunteer group HERE.

The lively your group getting an insight into other war-related stories led by Kelvin Ang.