Located along the junction of Balestier and Serangoon Road, the 107-year old Kwong Wai Shiu Hospital & Nursing Home is one of Singapore’s oldest charitable healthcare institutions, with a history dating back to 1861, when parts of the current building served as the second site of the Tan Tock Seng Hospital.

The front facade of the Kwong Wai Shiu Hospital & Nursing Home that welcomes visitors is the newest feature of the 157-year old building. 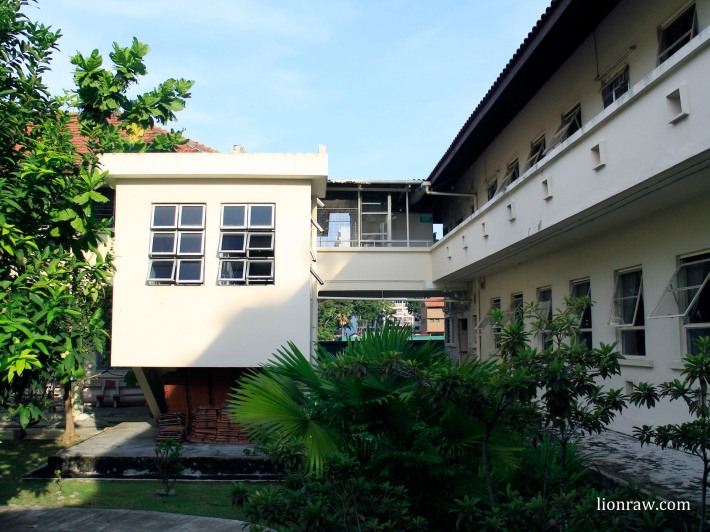 Founded in 1910 by four leaders of the Cantonese community – Wong Ah Fook, Leong Man Sau, Yow Ngan Pan and Ng Seng Pang – the aim of the hospital was to provide free medical care for Cantonese immigrants, particularly those that arrived from the Guangdong province. Over the years, the hospital would expand its capabilities to include a maternity ward and hostel (1954), and even a Traditional Chinese Medicine centre (2004) across its six-acre grounds.

Initially, Kwong Wai Shiu Hospital’s in-patient services were only available to the Cantonese, although outpatient services were accessible to all. However in 1974, the Constitution of the hospital would expand to accept the admission of people of all races for in-patient treatment, further exemplifying the values of compassion and care enshrined into the hospital’s culture.

One thing that sets the Kwong Wai Shiu Hospital apart is the retention of many simplistic features, such this stone terrazzo bench that help create a calm and holistic experience for the patients

Constructed only in 1958, the two wings of the front facade are centred largely around more modern architectural styles. Overhanging eaves can clearly be seen, providing a respite from the sun and rain alike.

Beyond its provision of medical care, the Kwong Wai Shiu Hospital also serves as a custodian of Singapore’s architectural history. This includes three colonial buildings that date back to 1857, as well as the beautiful front façade dominated by grids of fins that have welcomed visitors since it was constructed back in 1958. As of 2013, a number of the hospital’s buildings have been gazetted for conservation.

Unlike many modern hospitals today, the current wards within the hospital are kept largely spartan with little to no air-conditioning, enabling numerous features like ventilation slits, deep eaves, protruding verandas, and glass louvers, to serve as both functional and aesthetic hallmarks of the space.

Currently, the Kwong Wai Shiu Hospital is undergoing extensive renovation to help provide more modern and better facilities to care for its patients. The works are expected to be complete come 2017.

The extended verandah, ventilation nodes and traditional glass louvres all serve as a reminder of classic architectural styles that can be seen throughout the hospital 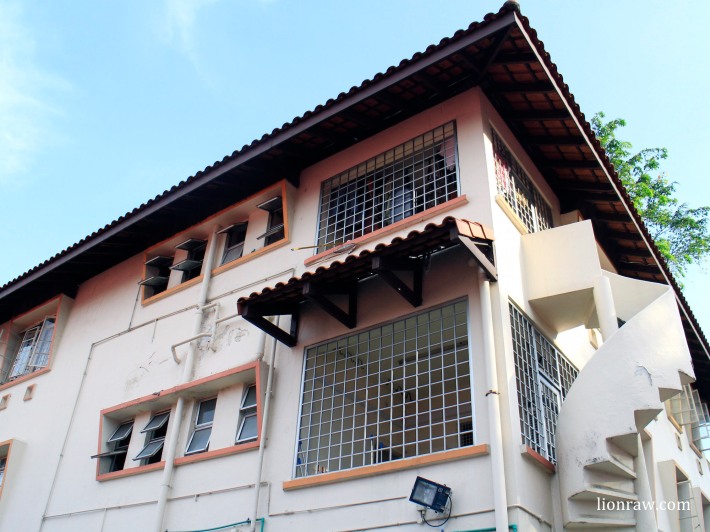 The presence of the spiral staircase at the administrative block would suggest the age of this structure, though the coloured hoods and windows would seem to suggest otherwise

A close-up of the neatly aligned grid of fins at the entrance of the hospital. In the background, a new seven-story building that’s part of the expansion can be seen.