Sinalco, Kickapoo and Art Deco are perhaps three of the most synonymous terms associated with the recently auctioned off National Aerated Water Company (NAWC), an architectural icon of Singapore’s industrial age that has stood prominently along 1117 Upper Serangoon Road since it was built back in 1954. 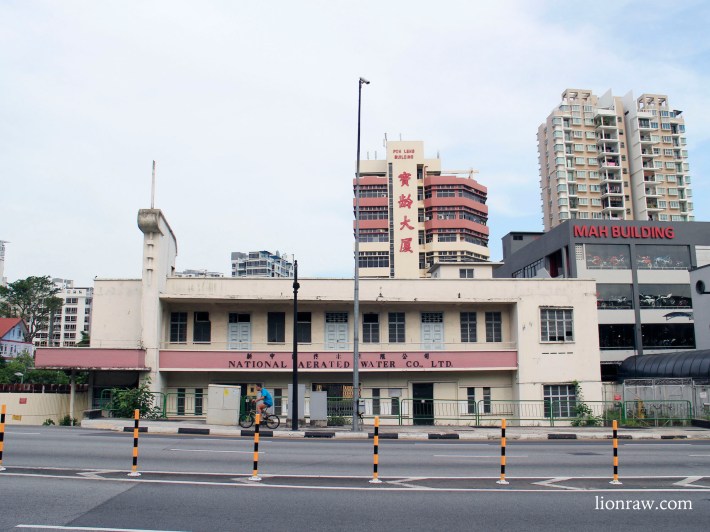 Since 1954, the National Aerated Water Company has remained a somewhat neglected but often remembered feature at the start of Upper Serangoon Road

While the terms ‘industrial’ and ‘Art Deco’ aren’t often mentioned in the same vein, the NAWC was able to blend both of them together seamlessly. On the façade, the captivating spire centrepiece is framed perfectly off-centre from the extending verandas, while the pleasant shade of pink and off-white would seem to suggest a subtle form of branding for the Sinalco drink packaging, the flagship product of the company during its heyday of operations. 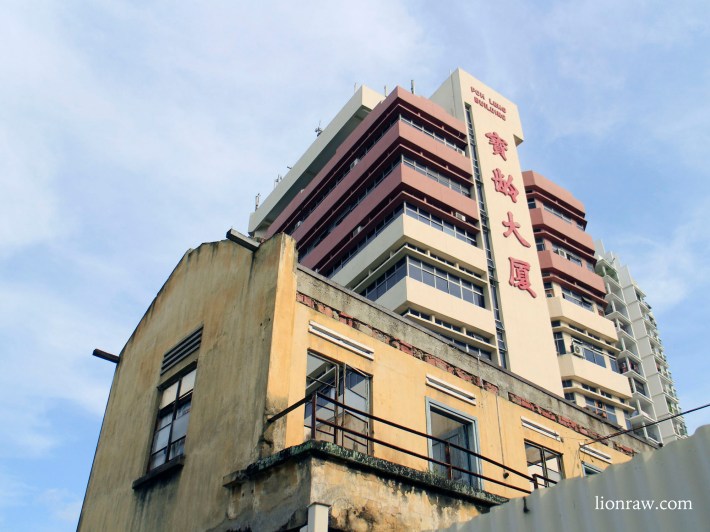 At the rear end of the building, all the remains is the skeletal features of this former industrial building

The history of the NAWC actually dates back to 1929, when three brothers – Yap Shing Nin, Cheng Sze Boo and Tan Kah Woo – started the first operational factory along Hamilton Road in Jalan Besar. In fact, the NAWC factory at Upper Serangoon Road was constructed to commemorate its 25th year of operations!

Built at a cost of $350,000, a further $150,000 was invested into the latest machinery at the Serangoon site, a move that enabled the plant to double its production capacity to 48,000 bottles a day. By 1959, it was reported that over 11 million bottles of Sinalco alone were sold annually throughout Malaya, Singapore and North Borneo. Over the years, the company would also come to be known for producing and distributing drinks like Kickapoo, Royal Crown Cola, and the Peacock brand of aerated water.

A peek into what was probably the main factory space of the National Aerated Water Company. At its peak during the 1950s and 60s, the plant was able to produce almost 50,000 bottled drinks a day!

Located just inside the main gate of the building, this petrol pump was likely the source of fuel for both vehicles and machinery in the company

However by the 1970s, the NAWC and the rest of the bottling industry in Singapore would face increasing challenges as a result of higher production costs. The second blow came about in the 1980s, when the health authorities began discouraging the public from consuming carbonated drinks due to its high sugar content.

The final nail the coffin came in late 1990s, when the Monarch Beverage Company, the license owner of Kickapoo, took legal action against the NAWC for trademark infringement of the brand, a result of the NAWC producing a third party brand called ‘Kick’ without consent.

A closer look at the symmetrical features that are peppered throughout the building.

In 1999, the NAWC would cease operations and has remained off-limits ever since. Despite attempts to gazette it for conservation in 2007, it was eventually sold in 2016 to a Malaysia-listed developer for the price of $47 million.

For now, the Urban Redevelopment Authority has noted that they will consult with the new owners to consider the possibility of conserving the building.

UPDATE: As of 14 December 2017, the building is set to be conserved and redeveloped into a residential space as announced by the Urban Redevelopment Authority (URA).

A better overview of the National Aerated Water Company that eventually ceased operations in 1999. It was recently sold to a developer from Malaysia for the sum of $47 million