The view of the horizon of Lower Peirce Reservoir is perhaps one of the most underrated sights in Singapore, particularly if you happen to chance upon it around the evening sunset.

Ever since moving to my new flat in Ang Mo Kio, it’s become my favourite endurance running trail that takes me past the lovely Bishan-Ang Mo Kio Park, through which the original river that it was built from, the Kallang River, still runs through.

Another view of the expanse of the reservoir. In the background is the adjoining portion that continues the connection to Kallang River 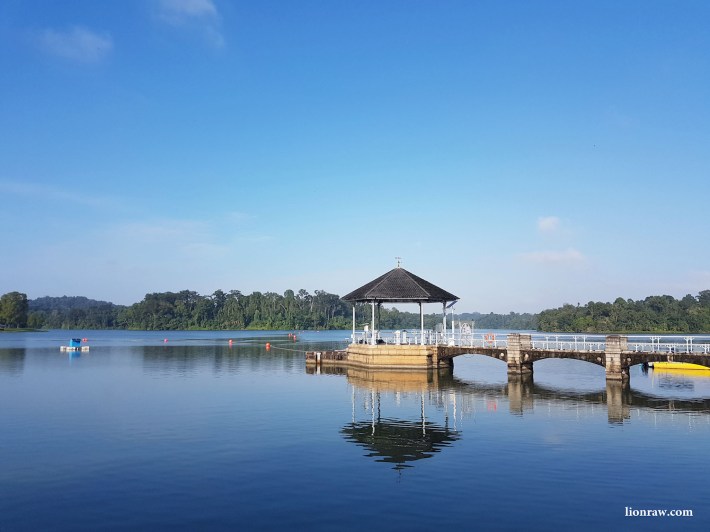 A view of the water intake tower, which along with the adjoining bridge, was gazetted in 2009 by the Urban Redevelopment Authority

Construction of the reservoir began in 1910,  and come 26 March 1912, it was officially opened as Kallang Reservoir, its namesake a result of it being built at the lower part of the Kallang River. Its completion was greeted with much fanfare, as its capacity of 3.4 million cubic metres meant that it was able to supply 3.5 million gallons of water to a booming population.

In 1922, it was renamed Peirce Reservoir, in commemoration of the service of Robert Peirce, municipal engineer of Singapore from 1901 to 1916. Some 50 years later, it was again renamed Lower Peirce Reservoir after the expansion of the adjoining Upper Pierce Reservoir located up the road.

A closer view of the water intake tower and adjoining bridge

Nestled in the heart of the Central Catchment Reserve, the conserved area is surrounded by mature secondary rainforest, and is home to a thriving biodiversity that can be easily explored along the 900 metre boardwalk. A highlight of this stretch has to be the low-lying boardwalk, which in particular during the monsoon season, gives you a feeling as if you’re walking on water!

A favourite linkway for hikers and joggers alike, the boardwalk undoubtedly gives an impression of walking on water!

One taichi, two’s company, but tree’s a crowd

While definitely not as crowded as MacRitchie Reservoir, Lower Peirce Reservoir still attracts taichi enthusiasts, runners, anglers (though at parts prohibited), and families just looking to explore a different side of Singapore. It helps that the neighbouring stretch of Thomson Road has plenty of family food options for everyone to tuck into after a walk in the area. 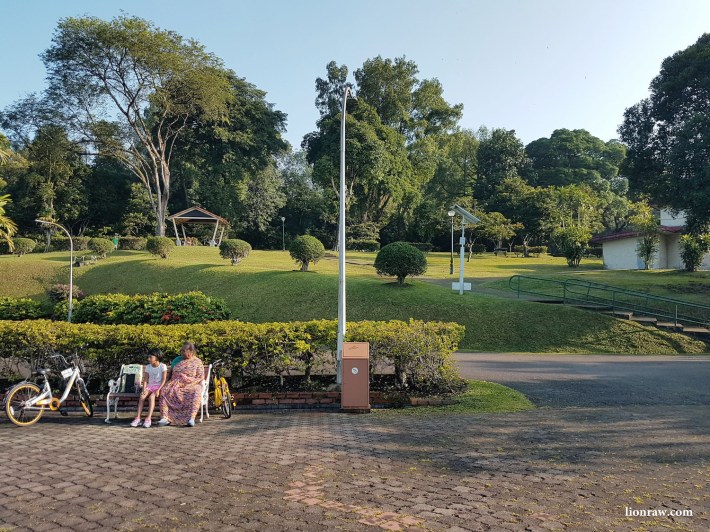 While families have always been a constant, shared bikes have recently joined the visitors to Lower Peirce Reservoir. 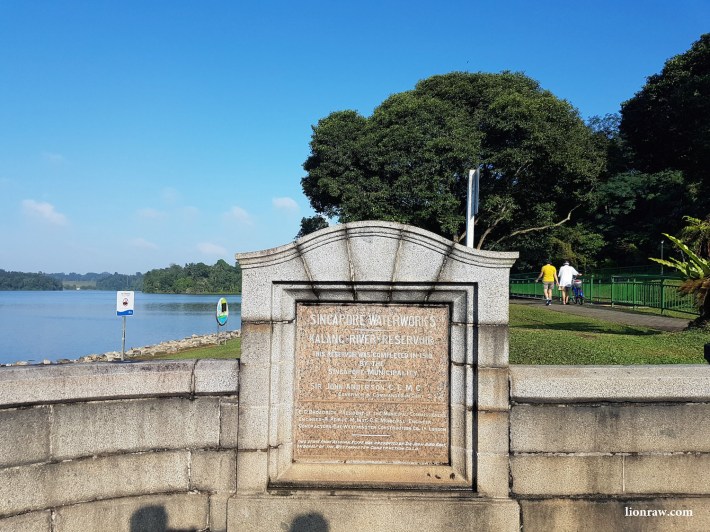 Interestingly, the commemorative stone to signify the opening of the reservoir hails from Aswan, Egypt!

Besides being a conserved nature space, the water intake tower and bridge that provides some of the best views of the space, was gazetted in December 2009 by the Urban Redevelopment Authority of Singapore.

Access Hint: The entrance to the reservoir is not that far via public transport (bus stop opposite Sembawang Hills). As for joggers and cyclists, you can easily enter via the start of Old Upper Thomson Road at the junction of Ang Mo Kio Avenue 1 and Upper Thomson Road.